There is actually a simple and logical explanation of why do you feel cold when you have a fever. You need to understand that your body has its own unique mechanism. It has its own response to deal with threats.

Fever is one way for the body to deal with threats and unknown infiltration. Knowing the basic facts will help you deal with the issue better – and help you not to be panicky. 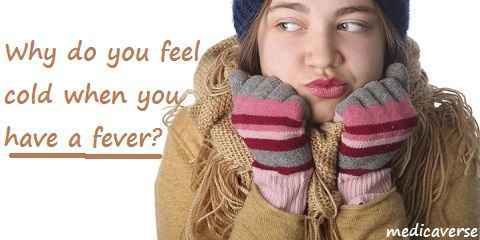 The body has its own defense mechanism, which will be handy to fight off bacteria or germs. When there is bacterial or viral infection, the body will increase its temperature because viruses and bacteria won’t be able to live and multiple in high temperature – more than 98.6 degrees Fahrenheit. Of course, increasing the body’s temperature isn’t the only defensive mechanism that the body has – there are still plenty more – but it is considered one of the most effective.

Since the body’s temperature rises up, these microbes won’t be able to multiply and reproduce. But that’s when you are suffering from a fever – and it isn’t something comfortable or nice. In the meanwhile, while the brain is increasing the temperature within a set point, our body is basically trying to catch up with the new set point.

The chill or shiver happens because you are basically and technically colder than the new set point. At the same time, when our body is trying to generate heat, it relaxes and contracts the muscles. The relaxed muscles and the combined set point catch up will result in the chills or the shivering. This is the reason why a fever makes you feel cold. 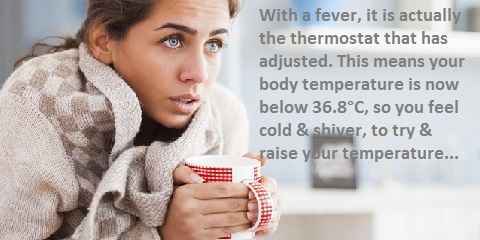 Types of the Fever

Basically, the type of fever and how long it lasts depend on the cause. Fever for flu or cold will be different from the fever for pneumonia. The fever for meningitis will be different from the ear infection, for instance. If your kids have fever after getting a vaccine shot, it is pretty normal because the body’s immune system is trying to fight off the new injected bacteria. 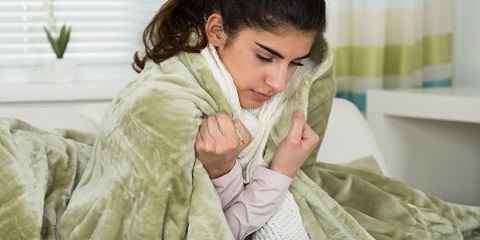 Immediately rush to the emergency room if you or any of your loved ones experience fever with these symptoms:

In the overall sense, fever is basically a sign that your body is struggling and fighting off alien infiltration. But when it is accompanied by other symptoms or the fever lasts for more than 3 days, you should know better. Now you know why do we feel cold when we have a fever, don’t you?